Lifting and moving architectural elements, from the smallest to the largest ones, has always been an admired operation and the history of cranes, winches and mechanical devices in general is long and rich in important fundamental phases. From here Andrea Bernardoni and Alexander Neuwahl certainly made a courageous yet promising choice to go back over these fundamental phases from the most ancient lifting machines to the Renaissance. In folio 333 v-a [909 v] of the Codex Atlanticus, especially known for studies in submarine attacks and datable to about 1485-1487, next to vivid and exuberant notes Leonardo makes sketches that have the impulsive characteristics of some of his most ancient technological essays. Besides the annotation “ma prima fa patto per istrumento”(but first have an understanding about the agreement) that enables Leonardo to take refuge in his “secret” due to the lack of a patent for his invention, we find the clue “vuolsi ’nprontare una delle 3 viti di ferro dell’Opera di Santa Liberata” (you need to take an impression of one of the three iron screws of the  workshop of Santa Liberata) for which screw mechanisms were used to rip out the hulls of enemy ships. This phrase puts Leonardo in relation to Brunelleschi. The screw he wants a “mold” of in order to have a duplicate is one of the devices Brunelleschi invented during the time the dome of Santa Maria del Fiore was being built to keep cables and other things charged. The screw that produces and increases in strength has been well known by architects since ancient times, when it was used to lift and move extremely heavy loads. As in the screw, Leonardo recognizes another great natural power in weight. The motive power produced by weight represented an extensive field of study in medieval times that Scholastics developed based on ancient texts in a body of theories called De ponderibus, the science of weight, and that had already been put to use in the architecture at the time of the great cathedrals. These are the same concepts that remained valid until the early 1400s, when Brunelleschi not only made direct reference to the ancient models but he also reconsidered the great medieval traditions that had come to him and were still live and operative, through the teachings of Biagio da Parma (called Il Pelacane, who Leonardo knew and with whom he often discussed De ponderibus) and Paolo dal Pozzo Toscanelli. With Brunelleschi that operational fervor carried out intensified on site, where the theoretical concepts were immediately put to the test and where planning often took place as the worker began building. It is a practice that dominated throughout the 1400s, regardless of Alberti’s imposing theoretical parentheses (where the architect’s work begins and ends with the design) and regardless of the widespread tendency and need to address the client with written reports that turned into essays. Bramante himself, who took architecture to a level of imperial grandeur through historical studies highlighting Vitruvius, preferred complying with Brunelleschi’s example and codifying his ideas using models and buildings.
It’s no surprise that the notes he wrote which are lost today were entitled Pratica di Bramante. What comes to mind is the bearded figure wearing a tilted old hat that Leonardo portrays from behind in the left background of Adoration of the Magi, where we instinctively recognize the figure of the architect giving instructions to his assistants and workers on the job. On the job – and not surprisingly – with tirari and alzari, lifts and pulleys. These technological considerations sharpen our perception of Leonardo’s possible intentions when he planned the innovative iconography for the background of his masterpiece as a youngster. In fact it is a background dominated less by the presence of the typical decaying ancient temples and more by the wild fervor of the scene of a new structure under construction, evoking the paradigmatic presence of the coeval Medici villa in Poggio a Caiano. Leonardo’s technological foundation goes back to the early Florentine period as the outcome of a systematic and sustained study of simple machines, meaning screws, levers, inclined planes, pulleys and winches; machines proposed again here by Bernardoni and Neuwahl which, by combining their competencies in historical research and mechanical philology, interpret the sources of the history of technology to better explain every aspect of their operation. 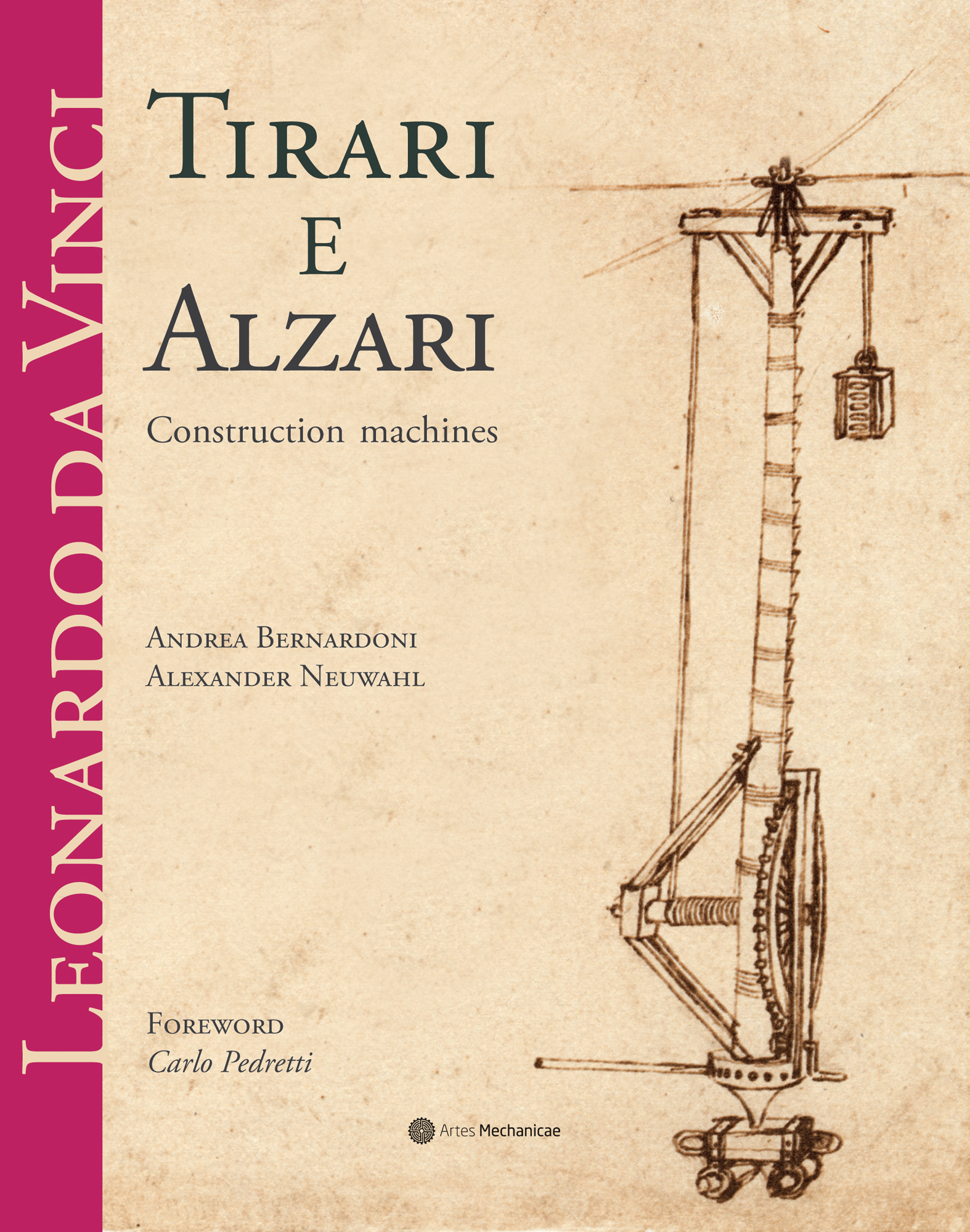 Buy this book on Amazon